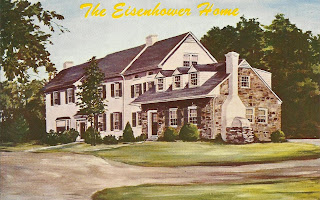 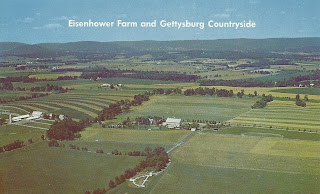 The beatiful, rolling countryside at Gettysburg, Pa., abounding in some of our nation's most significant history, and surrounding former President Eisenhower's farm, is a fitting home for one of our country's greatest. 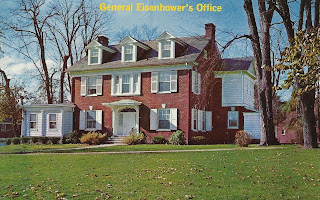 This building situated on the beatiful Gettysburg College Campus is used by General Eisenhower and his staff as their office.  It is here that statesmen from throughout the world visit and confer with former President Eisenhower.
Posted by Brian at 4:30 AM