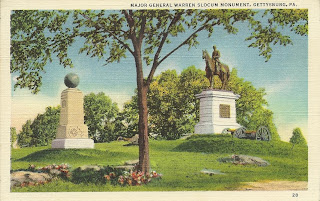 Major General Henry Warren Slocum Monument
Gettysburg, PA.
This statue of Major General Slocum is located on Steven's Knoll near Culps Hill.  Much of teh second days battle centered around the site of this memorial. 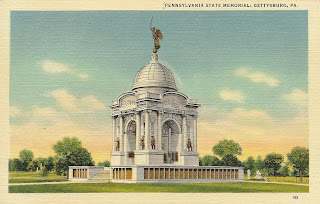 Pennsylvania State Memorial, Gettysburg, PA.
This imposing memorial erected by the State of Pennsylvania is one of the most beautiful on the field and is a fitting tribute to her 35,000 enlisted officers and men who participated in this great conflict.  All of these names are recorded on the bronze tablets placed around the parapet and on the inner walls of the arches. 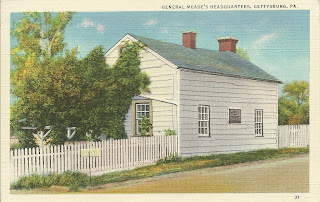 General Meade's Headquarters
Gettysburg, PA.
From this little farmhouse, directly on the Battlefield, General George Gordon Meade and his Staff directed the Union activities for the fighting at Gettysburg.
Posted by Brian at 4:37 AM