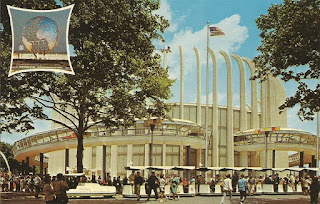 The Ford Rotunda
New York World's Fair 1964-1965
"Peace through Understanding"
This unique building has a glass rotunda with 64 towering pylons at one end and a large exhibition hall at the other.  It contains a variety of exhibits, a number of which were designed by Walt Disney. 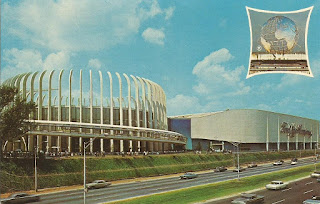