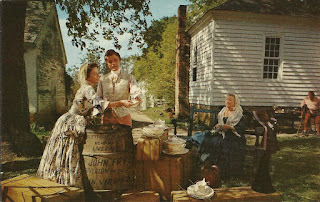 The Fry Family at Riverton
In a scene from the Paramount-Colonial Williamsburg film "Williamsburg - The Story of a Patriot," planter-burgess John Fry and his family open crates of fine merchandise imported from England.  This movie, filmed principally in the famous exhibition buildings of Williamsburg, Virginia, may be seen daily by the public. 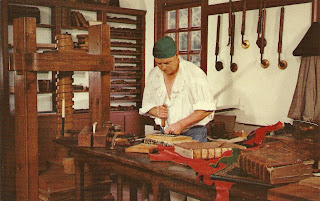 The Bookbindery, Williamsburg, Virginia
Working with hand tools, fine leathers, and unusual papers, the bookbinder fashions handsome bindings such as graced the shelves of eighteenth-century libraries.  The bookbinder, located in the Printing Office, is one of many craftsmen working in shops open to the public. 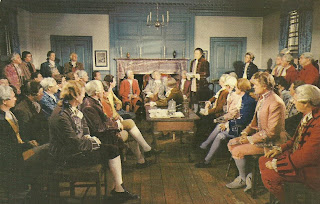