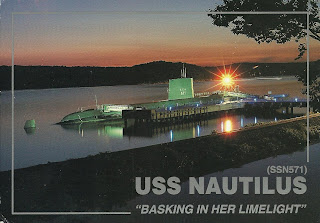 USS Nautilus (SSN571)
The world's first nuclear powered vessel shown here as a designated National Historic Landmak, on the river Thames in Groton, Connecticut.  The city that built her now displays her; officially retired and basking in her limelight. 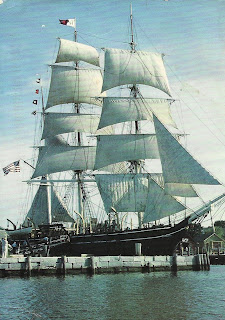 The three-masted bark Charles W. Morgan is the centerpiece of Mystic Seaport.  Built in New Bedford, MA, in 1841, the Morgan sailed for 80 years.  The ship is the sole survivor of the 19th century Yankee whaling fleet.