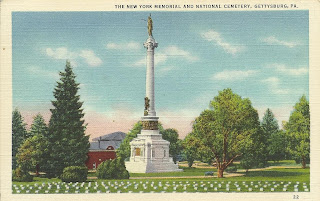 The New York Memorial in National Cemetery, Gettysburg, PA
The known dead in the National Cemetery are buried in eighteen different groups, each state having its own individual section.  New York State has erected this memorial to her group, which constitutes 867 graves, the largest state group in the Cemetery. 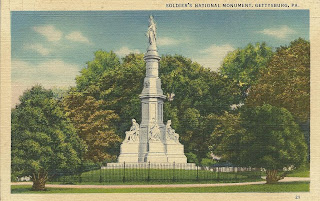 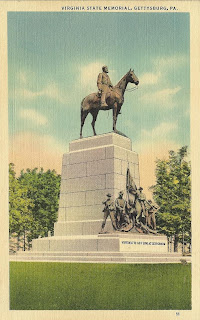 Virginia State Memorial
Gettysburg, PA.
Overlooking the scene of Pickett's memorable charge from its position on West Confederate Avenue, Virginia has spared no expense to do honor to her native sons who fought at Gettysburg Individuality, character and beauty are expressed in the figures on the monument - the equestrian statue of General Lee and the seven figures representing the various groups of the army who fought with him.
Posted by Brian at 4:09 AM